Grace Church began as a mission church that met in the Cole County Courthouse starting in 1836. A handful of Episcopalians founded the parish as “Grace Church” in 1840, and they contracted to build its first structure in 1842.

Through the rest of the nineteenth century, Grace Church was a waxing and waning presence in Jefferson City. Records are scant during two periods of particular stress on the parish: from 1849 to 1851 during the great cholera epidemic, and again during the Civil War. During both periods the church building served as a hospital. But the Civil War in particular severely affected the fortunes of the church, as many of the prominent members during the antebellum period were transplanted Virginians who were slaveholders and Southern sympathizers. Many fled the capital city during the war.

However, after the war the congregation pulled itself together and embarked upon a period of growth that eventually necessitated a larger house of worship. Plans were made in the 1890s for the new church building. The new cornerstone was laid in 1898 and the present structure was completed in 1901.

During the twentieth century Grace church underwent two significant periods of growth. The first was in the 1930s, when the congregation grew from 39 communicants to 150 and the budget quadrupled as well under the leadership of Reverend Wilbur Ruggles. The second was after World War II, when the Reverend Ned Cole led the parish. Throughout the 1950s the congregation grew in size and in spirit as it assumed a leadership role in the movement toward racial integration in Mid-Missouri.

Reverend Cole discovered shortly after he came to Grace in 1949 that the parish rolls listed a number of faculty members at Lincoln University, but that they had been asked when they first attended Grace to sit at the back of the church and take communion last. Appalled by this revelation, Reverend Cole told one of the vestrymen (a former speaker of the Missouri House of Representatives) that he was not sure he could stay as Rector if that policy stood. The next week, at a vestry meeting, Grace Church changed the policy and began its journey to becoming a leader in the civil rights movement in Mid-Missouri throughout the 1950s and 1960s. A later rector, the Reverend Arnold Mintz, was the president of the Ministerial Alliance in 1960 when he and other leading citizens successfully pressed for desegregation of the restaurants in Jefferson City.

The growth in spirit was accompanied by a growth in membership, and in 1963 the need for more space was pressing enough that plans were made to expand the existing church. The new parish hall was completed and dedicated in 1966.

In 1970, Grace called the Reverend Harvel Sanders to be the new rector. Through new prayer books and hymnals, church controversies great and small, he presided over a congregation that grew and adapted to the times in a remarkably cohesive and congenial manner. Certainly, the congregation has changed over the years. Harv retired in 2004 and Grace used an intentional two-year interim period to reflect on our past, our present, and our hopeful future. At the end of that time, Grace called The Reverend Shariya Molegoda to serve as our rector. In 2018, the Vestry called the Rev. Ian Lasch to be our rector. In 2020, the Vestry called Rev. Bill Nesbit to be our Priest-in-Charge, and in 2022 elevated him to Rector. The congregation boasts a significant number of Sierra Leoneans who have made Grace their church home.

TODAY, Grace Church is still a vital church with a rich parish life. Perhaps it is our history of being an integrated parish before others were or our existence in a political town, but we have a history of appreciating our differences and working through disagreement. We know that God is not male or female, bond or free, black or white, Republican or Democrat, conservative or liberal. God is God, and we are committed to worshiping God in a way that is both inclusive and consistent with scripture. We look forward to strengthening that commitment and our spirit of service to God's kingdom in the years to come. 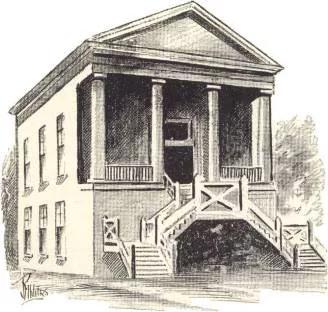 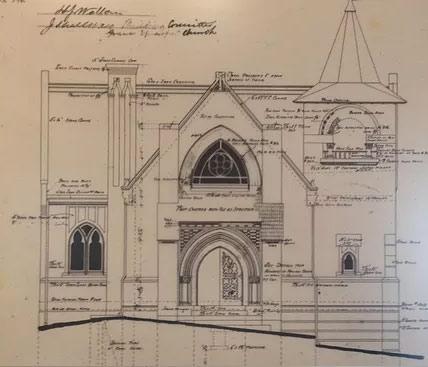 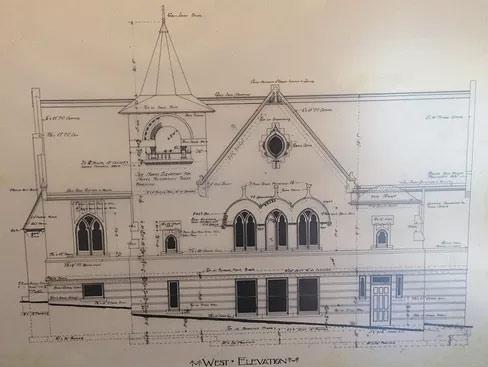 "The cause of freedom is not the cause of a race or a sect, a party or a class – it is the cause of humankind,
the very birthright of humanity." – Anna Julia Cooper

Anna Julia Cooper: A saint who walked among us

The commemoration of Anna Julia Cooper was provisionally approved by General Convention for inclusion in the Episcopal liturgical calendar in 2006.  Her feast day is February 28th.  Anna Julia Cooper was an African-American educator, scholar, and advocate whose remarkable life spanned from the last years of slavery to the Civil Rights era in the mid-20th century. She was also briefly a parishioner at Grace Episcopal Church.

Anna Julia Haywood was born into slavery in 1858 in Raleigh, North Carolina, to Hannah Stanley Haywood, a slave in the home of landowner and attorney George Washington Haywood.  Historians believe Haywood was the father of Hannah's seven daughters.

In 1868, Anna received a scholarship to enter the inaugural class at St. Augustine’s Normal School and Collegiate Institute in Raleigh (now St. Augustine’s College), a school created by the local Episcopal Diocese to train African-American teachers and clergy.  At St. Augustine's, she distinguished herself as a “bright and ambitious” student who showed promise in both liberal arts and math and science.  In her schooling and later during her university training, Cooper fought for her right to take courses, such as Greek, which were reserved for men, by demonstrating her academic ability.  Cooper began her teaching career early, helping pay for her expenses at St. Augustine by tutoring younger students.  She stayed on at the school as an instructor after completing her studies.

In 1877, Anna married her former Greek instructor, George A. C. Cooper, the second African-American ordained to the Episcopal priesthood in North Carolina.  After her husband's death in 1879, she enrolled in Oberlin College and became the first African-American woman to graduate from the school in 1884.  She earned an M.A. in mathematics in 1887 and that year she was invited to teach math and science at the Preparatory High School for Colored Youth (later known as M Street and today as Dunbar High School) in Washington, D.C., the largest and most prestigious public high school for African-Americans in the nation.

Anna Julia Cooper had a long and successful career as a teacher, public speaker, author, and school administrator and was an early and vocal advocate of equal rights for blacks and women.  Her groundbreaking book of essays A Voice from the South by a Black Woman of the South published in 1892 touched on a variety of topics, from racism and the socioeconomic realities of black families to the administration of the Episcopal Church.  In 1925, at the age of 65 when she was awarded a Ph.D. from the University of Paris, she became only the fourth black woman in the United States to receive a doctorate degree.  She retired as president of Frelinghuysen University in 1940 but continued to serve the university in other ways into her 90s.  She died in 1964 at the age of 105.

Cooper's life was not without controversy and she was dismissed as principal at M Street High School in 1906, likely a result of being in the crosshairs of early 20th-century American race politics.  As a consequence, from about 1908 to 1911 – sometimes called a period of “exile” by her biographers – she was on the faculty of Lincoln Institute in Jefferson City.  Not much is known about her years in Jefferson City but we were thrilled to find her listed in the Grace Church parish register.

In the Episcopal Church, we believe that all baptized Christians are members of the communion of saints and have the potential to be examples of faith to others.  Still, I find it rather touching to have an officially recognized “saint” who walked a short distance of her long life's journey here at Grace.  Perhaps it gives us a special responsibility or calling to remember her life and work.

Today Anna Julia Cooper's quote "The cause of freedom is not the cause of a race or a sect, a party or a class – it is the cause of humankind, the very birthright of humanity" can be found in the pages of every U.S. passport.  These remarkable words written more than a century ago by a remarkable woman –  one of our very own saints – deserve to be remembered, honored, and embraced.